Of all the trees that stand in England, none are luckier to still be here than Middle Oak.

When Brian Mawhinney, the Tory Transport Secretary, signed the order to build the Newbury Bypass - half an hour before he left office - he condemned ten thousand mature trees.

Nine thousand nine hundred and ninety nine of them were felled, but one remained; Middle Oak.

It's survival is a remarkable tale.

There has been plenty written about the protest culture of the nineties, but by far the most concise summary appeared in Janes Police;   "For a protest you need protest sites, a cause and protesters"

Construction of the bypass provided 120 acres of oak and ash and beech spread over nine miles as protest sites. Great trees abounded, the greatest of which was the 150 foot Corsican Pine at Reddings Copse, dubbed the 'Pinus'.

The cause was opposition to 'The greatest road building program since the Romans', which had kicked off in 1992 with opposition to the destruction of Twyford Down to make way for the M3. By the time they came for the trees at Newbury it had become a mass movement.

The protesters were a mixed bag from the growing underclass of Tory Britain.Some had been bloodied at the Battle of Beanfield or camped at Greenham Common. Some had grown up on the road or in the camps. More were simply the growing number of under or un-employed. Others, like Balin, were locals outraged by the loss of their woods.

All were leavened by the eco-warriors of Earth First!, the dreadlocked vegans of the stereotype, EF! kick started many campaigns and provided an itinerant band of activists with the skills and tactics to fight the bulldozers. They provided the radical yeast that made the dough rise.

And so began The Third Battle of Newbury. Monty Don later wrote in The Observer:


The battle for Newbury Bypass set the forces of moral right against sanctioned wrong. Not that you can take an objective view about the bypass itself in such polarised terms. That was, and is, a matter of opinion. But the manner in which the Government imposed its will against the defiance of protesters seemed an explicit image of the impotence and hopelessness of the state against the human spirit. On the one hand you have a hired band of thugs, recruited from rabbles on the streets like a medieval army, most of whom cared more for a few pounds and a hot meal than the rights of what they were doing; and on the other, a clutch of tree people, risking life and limb with astonishing blithe courage for something they passionately believed in. These protesters were a gaggle of individuals, but they met might with wit and dignity. The law was fronted by Nicholas Blandy, the absurdley-titled Under-Sheriff of Newbury, who found his 15 minutes of fame from a lifetime of small-town legal drugery, puffing and strutting in front of his donkey-jacketed ranks of bully boys. He was almost a figure of Dickensian fun, had he not prompted me to think of other little men prancing before Hitler's, Mussolini's and Franco's troops, enforcing brutalities in the name of might and right.

Middle Oak stood on its in a field between Snelsmore Common and the Kennet and Avon canal. Initially an outpost of nearby Granny Ash, it eventually became a camp in its own right.

The protector of Middle Oak, and the person who gave the previously anonymous tree its name, was Jim Hindle. A veteran of camps at Fairmile and Stanworth, he was a survivor of mental health problems brought on by his experiences. Led by dreams to defend this solitary oak, he was at the same time haunted by a seeming premonition of its destruction. In his rickety twigloo in the top branches he was often the camp's sole resident; not fun when vigilantes liked to run around at night with petrol bombs.

But Jim had allies.

Imbolc 1996 coincided with a full moon, and on that day the British Druid Order descended on Middle Oak. Led by Greywolf and Bobcat they wove their magic around its trunk and blessed the oak and its Guardian. Only one on tree on the route received such unique protection.

Pagan song smith Damh the Bard was there. The experience inspired him to write his first pagan song, The Tomb of the King.

In a Parliament House in London town,
A part of our heritage dies,
The road builder’s plan is blessed by a cheque,
as the blood of the signature dries,
Then the monsters move in with the dawn,
As the circle of people they sing,
And the old oaks are cut from the earth,
As they tear down the Tomb of the King.

Evictions began the next month, with Granny Ash falling on 6th March, a riot shield in the face failing to stir Balin's calm.

Reddings Copse was taken a few days later. Balin free-climbed the Corsican Pine mid-eviction, but eventually the Pinus was evicted by a cherry picker brought over specially from Holland. In a surreal moment two wild horses turned up.

Peter Bartley, a local resident whose house was nearby, had other ideas though. Initially somewhat hostile to the protesters, who frightened the grouse and relieved themselves in his garden, he eventually became part of the Middle Oak family.

Examining the plans for the bypass he worked out that the tree appeared to be located on an island between the north bound carriageway and the slip road from the A4. It didn't need to be felled at all. The Highways Agency strongly disagreed, but the Under-Sheriff appeared ready to compromise.

If Middle Oak continued to be occupied it was definitely for the chop, but could Blandy be trusted to keep his word if the protesters came down?

A difficult decision had to be made. Negotiate or fight on?

Jim was still haunted by his dream of the tree's end. He woke one morning to the sound of chainsaws. Another oak, almost Middle Oaks's twin, sited next to the main road and connected by a single strand of rope, like an umbilical cord, had been felled. This had been the tree in Jim's dream, not Middle Oak. There was hope yet.

Jim came down voluntarily from his twigloo and Blandy promised in, front of the press, to spare the tree.

Once all the camps had been cleared he held a press conference under it. However the protesters, hopeless but not defeated, found out and he had to make a quick getaway. And so the Third Battle of Newbury ended with the Sheriff literally being run out of town by the outlaws.

Jim was eventually to write up his adventures in an excellent book.

Newbury wasn't quite the end of the road protests in Britain. In January 1997 Fairmile was taken, making Swampy famous. The last person down from the trees was Craig, a security guard at Newbury who'd defected to the protesters.

In the same month there was a reunion rally at Middle Oak which turned into a digger-torching rampage, with many otherwise level-headed Friends of the Earth and Greenpeace types venting their fury at the machinery.

But it was the end of the Conservative's grand plans to cover the countryside in concrete. Birmingham would get its Northern Relief Road and Bingley its long delayed bypass, but after that road building pretty much ended.

The eco-warriors turned to other targets; Manchester Airport's Second Runway, Newton Abbot's quarry, a proposed holiday village in Lyminge forest and others.

But in fact the seeds of the next set of big direct action protests were on their way, literally, as the Druids blessed Middle Oak, in the form of Britain's first shipload of genetically modified Soya.

Meanwhile Reclaim the Streets was evolving into an annual Anti-Capitalist demonstration and 1996 also marked the creation of the Metropolitan Police's Forward Intelligence Team (FIT) to take them on.

But none of these future actions had the immediacy of the big road protests of the nineties.

We may have trashed GM crops to protect organic farming, but we never camped on the farms themselves. At Newbury what we were fighting for and against was in the same place. When you lost you felt it personally. No wonder it messed our heads up.

So Newbury was a noisy defeat but a silent victory. They set a price on Nature, but we kept raising it until they weren't willing to pay any more.

But Newbury still got its bypass.

The traffic in the town is back to what it was before, whilst the bypass route itself is still a nine mile scar on the countryside, the damage barely covered by scattered gorse, whilst limbless old growth trees mark the limit of the cut.

However thanks to Jim, Peter Bartley, Damh and the Druids, Sarah, Badger, Tami and the rest, and I suppose old Nick Blandy too, Middle Oak still stands.

Its rough bark is still warm to the touch and it's branches still welcome the climber. It had always been a solitary tree, but now its peace is disturbed by the cars and lorries hurrying by on a Euro route from Liverpool to Bruge.

It stands, depending on your perspective, for what we've lost or what we've managed to save, for the brutality of the modern world or the persistence of the natural one, for those who would destroy beauty for profit, or for those who stand their ground on principle.


Long may it remain.

Great! Good to hear the old tree is still standing, proud and tall. 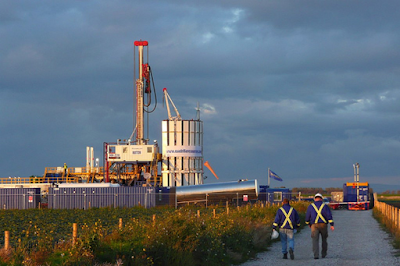 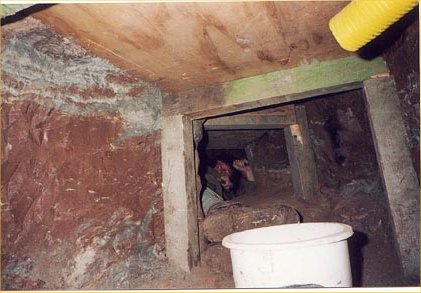